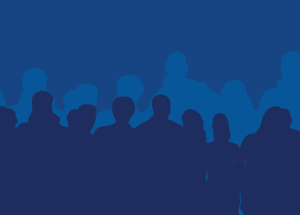 All In for Change was founded on the principle that the forces and beliefs that tie us together as a nation are stronger than those that divide us. Like many others, we were concerned that our current political system has been compromised with money and the lobbyists of special interests, and that those we send to Washington D.C. as our representatives no longer represent us.

We believe that there are profound issues facing the nation that transcend party politics. We believe that the American people’s desire to have their voices heard is strong, and we believe that real change is possible with cooperation, education and a little bit of will power.

FOUNDER
Mark van Krieken brings twenty years of “in-the-field” experience leading, growing and fostering movements on a wide range of local and social initiatives. Highlights in his career as a community organizer and social advocate include a grassroots campaign to rebuild Cragmont Elementary, an award-winning public school also recognized by the State as one of California’s 100 fastest improving schools. On the heels of that success, van Krieken co-founded Berkeley’s Prenatal to Preschool Initiative with Berkeley Mayor Shirley Dean, an ambitious broad-based collaborative effort of approximately 25 city, non-profit and county organizations which attempted to create an ideal delivery system for at-risk children and their families in the East Bay Corridor. California Senator Barbara Boxer’s involvement played a key role in these campaigns.

AUTHOR OF THE BILL
Gordy Erspamer (1953-2014) had a brilliant career at Morrison Foerster, where he was one of the country’s leading attorneys on intellectual property and energy law. Gordy’s passion and his life’s work, however, was always his pro bono work on behalf of America’s military veterans. Over the course of more than 30 years he brought forth a series of landmark lawsuits, which brought about significant changes in both the law and in public opinion. In a career of significant achievements, his biggest may have been spearheading the establishment of the Court of Veterans Appeals in 1989. The Veterans Civil Rights Act was written in Gordy’s final years and was designed “to close every loophole and trapdoor that every judge or institution has slipped through to deny veterans the benefits that Congress intended.”

Stacey Sprenkel is the head of the Litigation Department in Morrison & Foerster’s San Francisco office and is a member of the firm’s Securities Litigation, Enforcement and White-Collar Defense Group. Stacey has a long history of championing veterans’ rights. Among her many achievements, she briefed, argued and won a motion to certify a high-profile class action on behalf of veterans who were exposed to chemical and biological substances during their time in service as a result of secret human testing programs conducted by the U.S. military. Stacey also serves as Vice Chair of the Board of Directors of Swords to Plowshares, the largest provider of wrap-around veterans’ care in the country.

Bart Stichman is Joint Executive Director at National Veterans Legal Support Programs (NVLSP), the nation’s largest nonprofit law firm dedicated to assisting veterans, without charging a fee, so that they obtain the federal disability benefits they need and deserve. Bart helped found NVLSP in 1980 and his subsequent litigation work has secured more than four billion dollars in benefits for hundreds of thousands of veterans and their families. He is also co-author of The Veterans Benefits Manual, NVLSP’s 1900-page “Bible” on veterans’ benefits law that is used by thousands of veterans’ service officers and lawyers in assisting veterans through the claims process.

Rick Weidman is Executive Director for Policy & Government Affairs for Vietnam Veterans of America (VVA), one of the “Big Six” veterans service organizations (VSOs) working in Washington DC. After serving America’s soldiers as a medic during the Vietnam War, Rick came home and has dedicated his life to serving our veterans ever since. From 1987-1995, he worked to advance veterans’ causes for NY Governor Cuomo’s administration and then for the New York State Assembly. Aside from that short stint, Rick has been with Vietnam Veterans of America since 1978 and has been at the national forefront of battling for veterans’ causes, including employment rights, health benefits, education, PTSD, Agent Orange and judicial review.

Diane Zumatto has served as AMVETS National Legislative Director since August 2011. Diane, a US Army veteran, is one of the few women in her field and is the longest serving female National Legislative Director in the veterans’ community. From 2011 – 2015 she was one of four primary authors of the Independent Budget (IB) – a comprehensive, detailed budget jointly prepared by four of the six largest VSOs for the VA and other federal administrations (and widely used by the White House, Congress and many other VSOs). Diane, who serves as the Chair of the national Toxic Wounds Task Force, also represents AMVETS on The Military Coalition, a coalition of 34 VSOs that meets monthly to coordinate efforts on behalf of veterans.

MARKETING STRATEGIST
Attiya is a seasoned, jack-of-all trades digital marketing and product strategist that has more than 10 years of experience working in a variety of industries and verticals, fulfilling both generalist and specialist roles. Her core competencies include multi-channel marketing strategy, branding and identity, customer acquisition and retention, product marketing, and community building.  Attiya crafted the marketing strategy of several early-phase companies based in New York City and San Francisco. Attiya was also one of the early members of New Media Strategies, the industry pioneer and leader in social media marketing and measurement, which was later acquired by the Meredith Corporation. There, she worked with accounts across a variety of verticals, including film and entertainment, automotive and packaged goods.

BOARD MEMBER & LEGAL ADVISOR
Mario Rosati is a senior partner at Wilson, Sonsini, Goodrich & Rosati (WSGR), a firm of 600 attorneys specializing in the needs of technology companies in Silicon Valley. WSGR currently represents more than 3,000 such firms, including Apple, Google and Microsoft. Rosati specializes in corporate law, especially as it relates to technology companies, and is currently the managing partner of WS Investments, an investment partnership composed of the partners and associates of the firm. He has taught new venture finance at the University of California at Berkeley’s Haas School of Business and Boalt School of Law and participated in the Innovation and Entrepreneurship Task Force to the office of the President-Elect, Ronald Reagan.

ADVISOR ON CORPORATE DEVELOPMENT
Roeland van Krieken has 30 years of experience in all areas of technology development, marketing, financial management, sales and business development. Van Krieken began his career at Intel and HP before launching a series of startup companies in Silicon Valley and southern California. In addition to providing financial consultation to several non-profits and advising countless startups, van Krieken has owned and operated a residential design and construction firm. He is currently responsible for business development at ZURB.

ADVISOR ON BUSINESS OPERATIONS & FINANCE
Michel Courtoy is a seasoned start-up executive with a variety of experience in many different areas, including company formation, corporate positioning, new and emerging technologies, sales channel development, mergers and acquisitions, among others. Michel was president and CEO of Certess, Inc., leading the company from the early stages through venture financing and the acquisition of 15 customers resulting in the successful sale of the company to SpringSoft. Recently, Michel has been active as a Board member in several start-up companies, assisting the management in strategic planning, resulting in successful exits, repositioning and financing events.

ADVISOR ON TECHNOLOGY
Jonathan Smiley is a Product Designer at Facebook, and formerly a Principal Designer and Partner in Silicon Valley technology and design companies. Smiley has been responsible for prototyping, design and implementation of client projects varying from marketing sites to full applications and is currently responsible for components of Facebook’s core product offering.

FRONT-END TECHNOLOGY
ZURB is a close-knit team of product designers who help companies design better websites, services and online products. Since 1998, ZURB has helped thousands of start-ups with their product design initiatives. They have developed the most advanced, responsive, front-end framework in the world and have successfully provided services for more than 200 companies. ZURB’s customers include Facebook, McAfee, Intuit, Netflix, eBay, Yahoo!, Walmart and Intel, as well as nationally recognized figures such as Britney Spears.

BACK-END TECHNOLOGY
Internet Simplicity (iSimple) will handle all backend technical work for All In for Change’s website development. Their portfolio includes collaborative projects with top design agencies and web applications developed directly for corporations. iSimple are experts in the technical end of websites and website development, partnering with design and marketing firms as their “technical lead.” Their strengths include web programming, content management systems, building web applications, and e-commerce. Past clients include Netflix, Dinan BMW, and the Spirit Awards.